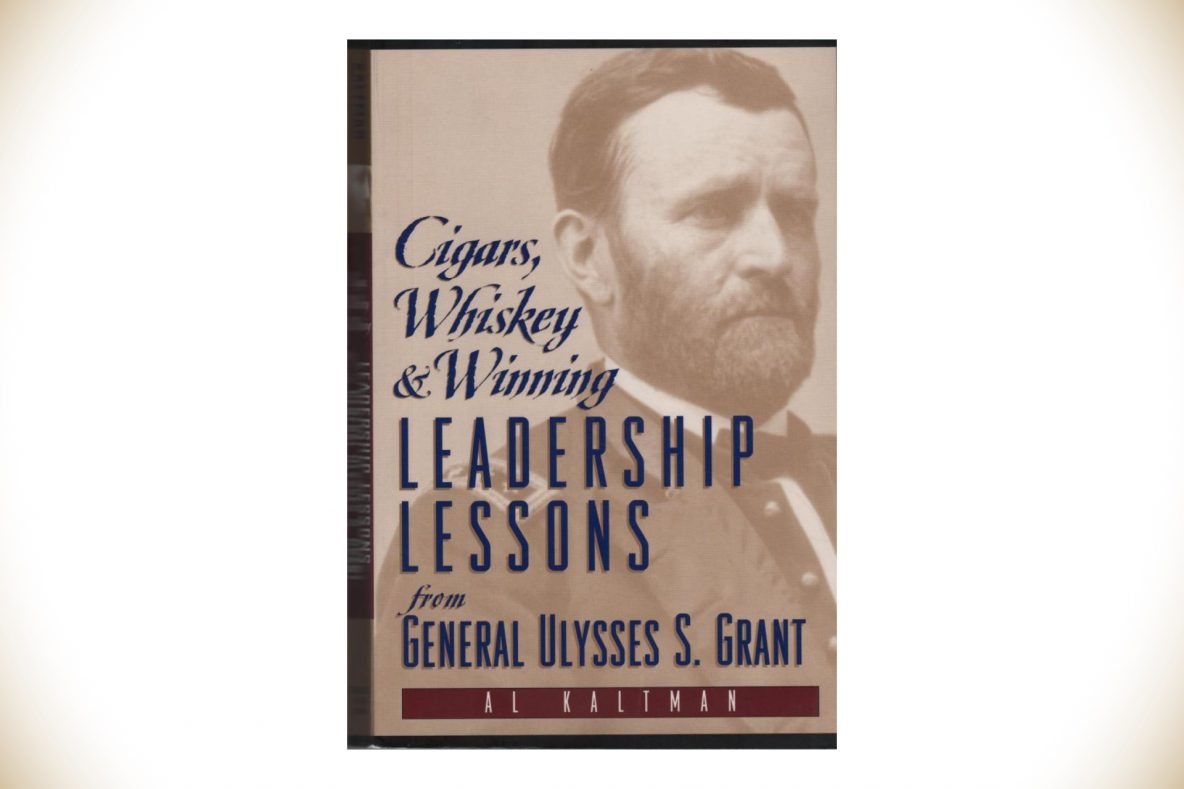 General Ulysses S. Grant was a Civil War winning general and a great leader of his times. Abraham Lincoln said about him that “The great thing about Grant is his perfect correctness and persistence of purpose.” He never sought fame or glory, nor did he try to tie his performance to personal reward. Instead, he concentrated on contribution and service. The author of this book, Al Kaltman presents a series of practical lessons on how to get superior performance from the troops, based on the writings and life experiences of General Ulysses. The book deals with character traits, core beliefs, and fundamental values to reveal the secrets to becoming a winning leader.

This is a book that any cigar lover should read! First published in 1993, has become a classic in this field and it’s known to have helped to launch the current cigar smoking craze. It has been reprinted numerous times in the United States and is now sold worldwide. It contains detailed facts and information on virtually every facet of cigar making and cigar smoking. It takes the reader from the old times to the modern days, and transports the cigar enthusiast on a fun and fact-filled adventure into virtually every realm of today’s popular and growing cigar smoking pastime.

Bourbon: A Savor the South Cookbook

For bourbon to be original and high quality, it has to be made in the United States and aged for at least two years in new American oak barrels that are charred on the inside. The author Kathleen Purvis explores the history, mythology, and culinary star power of this quintessential southern liquor. She reports on the science and love behind the liquor’s long, careful production. The cookbook includes both classic and new, cutting-edge cocktail recipes, for any kind of occasion…but it also includes recipes where bourbon is added to appetizers, entrees, side dishes, and even desserts.

The Bourbon Bartender: 50 Cocktails to Celebrate the American Spirit

Written by Jane Danger and Alla Lapushchik, this 160-page book contains 50 amazing cocktail recipes. Made in America and aged in charred new American oak barrels, bourbon is the quintessential US spirit. But it’s even better when combined with other ingredients into amazing cocktails. This book contains the best of the best. You will find both timeless classics and forgotten gems, such as the Old Fashioned and the Boulevardier, as well as cutting-edge craft concoctions, including the Shark Eye and Green Monster. You will also find a short history of the bourbon, tips & tricks, short profiles of the country’s best bourbon-focused bars, and a calendar of bourbon festivals and events. This is a perfect gift for any bourbon lover out there.

Bourbon Empire: The Past and Future of America’s Whiskey

Whiskey has definitely influenced the political, economical and cultural destiny of the United States, just as those same factors have inspired the evolution and unique flavor of the whiskey itself. The book written by Reid Mitenbuler unravels the many myths and misconceptions that are surrounding the most iconic spirit of America. The author is taking the readers on a journey behind the curtains of the bourbon industry, with its positive and negative aspects. A tale of innovation, success, downfall, and resurrection, Bourbon Empire is an exploration of the spirit in all its unique forms, creating an indelible portrait of both bourbon and the people who make it.